Two Thumbs Up for “The Sessions”

I just saw a great popular movie that’s now out on DVD (or download, or your cable box). And if you’re a guy who’s ever experienced shame around the issues of sexuality, virginity or early ejaculation, this is a must-see.

It’s called The Sessions. It won or was nominated for a bunch of awards (most notably Helen Hunt in the Oscar race). Set in Berkeley in the 80s, it’s the story of Mark O’Brien, a 38-year-old poet who contracted polio as a child. He spends most of his time in an iron lung. Mark decides — with the help of a sympathetic priest — to lose his virginity.

This isn’t just an early Judd Apatow film with a sappy disability twist. The lead character is sensitive, intelligent, and charmingly self-deprecating. He’s only kissed a woman up to this point in his life, but he has a rich fantasy life. With a sense of urgency and trepidation, he seeks out a sexual surrogate (Hunt) to introduce him to the pleasures of the feminine.

What develops between those two, and the way their relationship is handled by the director and the actors, is extraordinary. If you haven’t seen the movie yet, I won’t spoil it for you here by giving you too many details.

But I will say this: I was impressed and touched by the lead character’s relentlessly realistic, heartbreaking depiction of what so many of us guys experienced in our first fumbling attempts at intimacy: Body shame. Fear of receiving. Performance anxiety. Premature ejaculation and the resulting shame. If any of these happened to you as you stumbled towards your first sexual experiences, you’ll find yourself squirming in your seat during some of these scenes. They’re unblinkingly true-to-life.

Fortunately, this isn’t how the movie ends! As a result of his surrogacy sessions — plus another life-changing event — the course of Mark’s life is radically altered. I’ll leave it to you to watch how it plays out. 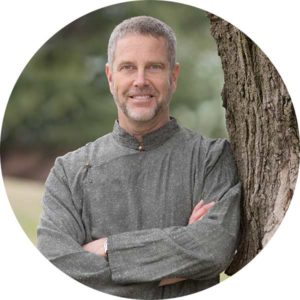